General Snus set the standard for snus in 1866
General snus has a taste that many tobacco users recognize. At its core the snus has a spicy taste and offers hints of tea, hay and leather. What gives General snus its characteristic taste is the bergamot oil. Behind this recipe that was created in 1866 there is much consideration. General Snus is made from 22 different varieties of tobacco that tobacco manufacturer Johan Adolf Boman traveled around the world to find. 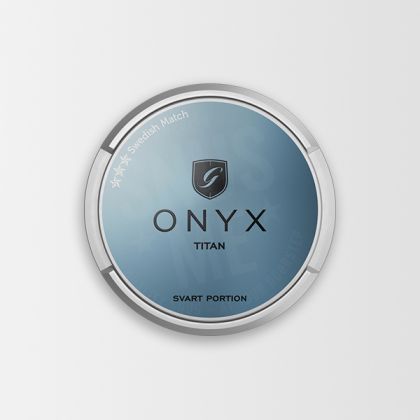 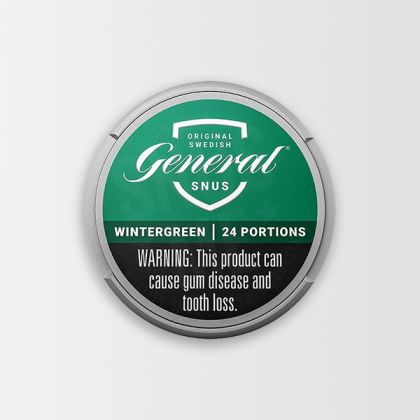 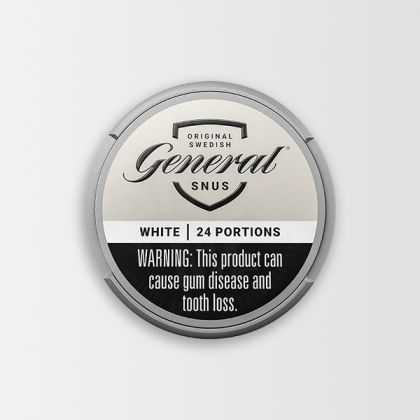 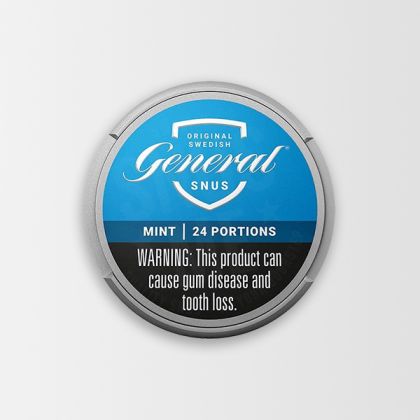 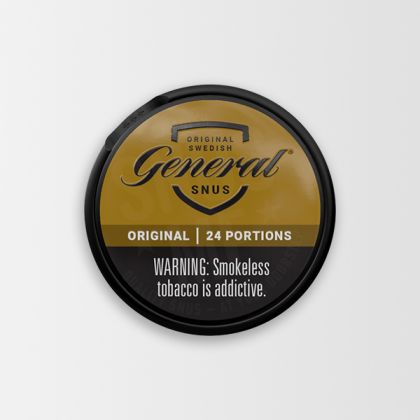 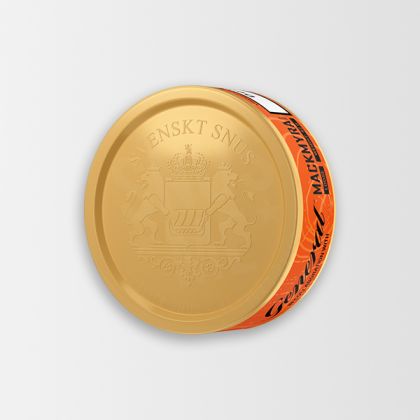 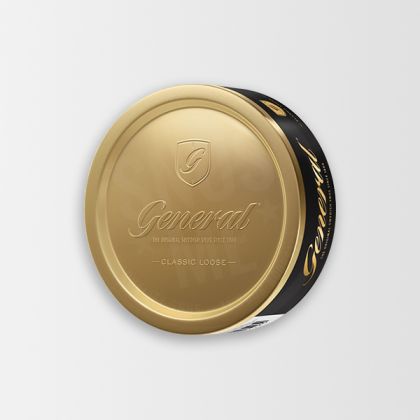 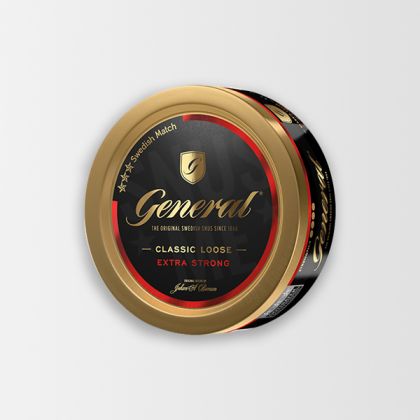 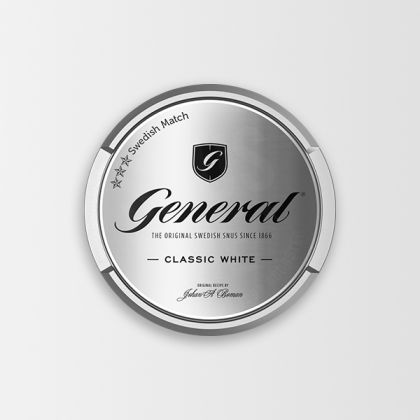 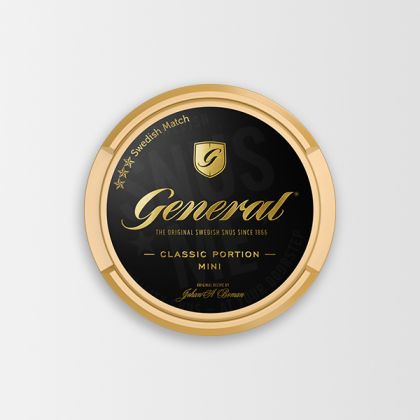 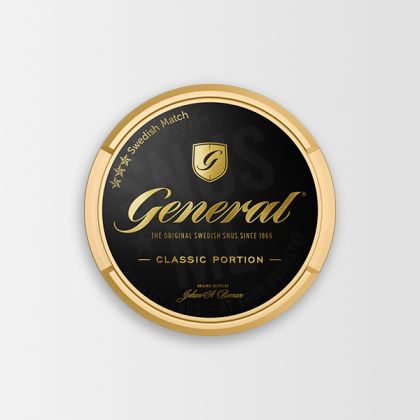 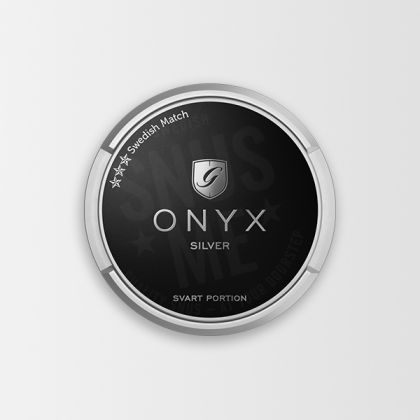 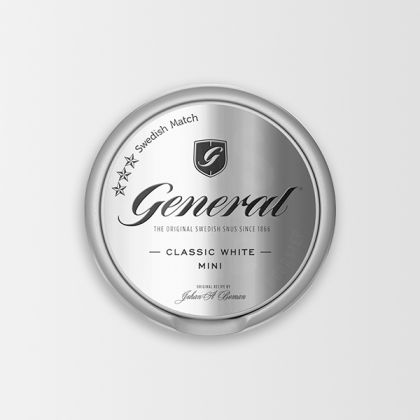 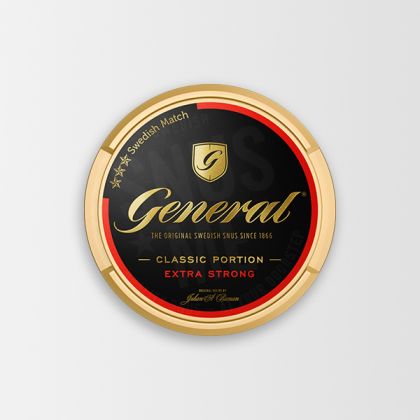 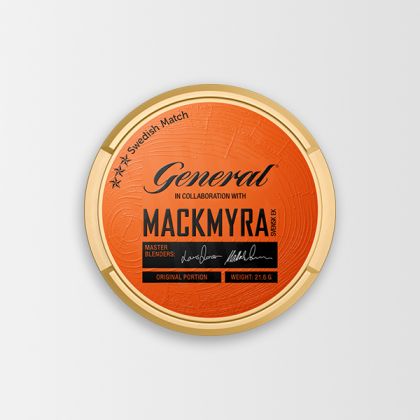 per page
Set Descending Direction
General snus by Swedish Match
General Snus is a Swedish snus that was launched in Gothenburg in 1866 by the company J.A. Boman & Co. Today it is the most popular brand of snus in Sweden and is manufactured by the company Swedish Match, who have paid great tribute to the heritage of J.A. Boman & Co in all of its products under the brand. General Snus is also probably the most innovative snus, with its unique recipe it set the standard for what snus is, both in Sweden and in the rest of the world.

In 2015 Swedish Match was the first company to receive an approval from FDA (U.S. Food and Drug Administration) on its Premarket Tobacco Application (PMTA) to launch General in the US. What is even bigger is that in 2019, the FDA approved General Snus as the first tobacco product ever to be marketed as a risk reducing alternative to tobacco.

The approval allows Swedish Match to work with eliminate the misconceptions about the risks associated with General Snus. In the press release “FDA Designates General Snus as Less Harmful Alternative to Cigarettes” on its website, Swedish Match writes the following.

A great high quality selection
Within the brand General snus there is a wide range of different flavours characteristics. One of which is General classic white, where the tasteful tobacco flavour really comes out. If you prefer a more intense taste there is also General Extra Strong, a full-bodied and spicy taste with hints of bergamott, liquorish, green herbs and leather.

Worth mentioning is also their long and thin pouches with optimized shape that is used in XR General Slim White Portion. Its shape is designed to fit better under the lip, it has little running, and a prolonged flavour. If you prefer whisky flavoured snus there is also General Mackmyra, flavoured with the Swedish malt whiskey Swedish Oak from Mackmyra.

Who was Johan Adolf Boman?
Johan Adolf Boman was a tobacco manufacturer and the creator of General Snus, but who was he really? Johan Adolf Broman was born in the coastal town of Strömstad, Sweden, and at the age of 13 his father who was a sea captain, died in a shipwreck. In 1851, at the age of 30, he marries his wife Gustava Amanda. Together they have their children Axel, Herman and Gustaf, plus an additional four that did not make it to adulthood.

In 1847 the company Ferd. Körner is founded by Jacob Ferdinand Körner. Two years later Bohman becomes a co owner, and later a tobacco manufacturer. It was in 1861 that Boman took over the company completely and changed the name to J.A. Boman & Co. Boman was nearly obsessed with creating the best snus ever made. He started working towards this goal when he took over the company, and embarked on a five year long journey to create the perfect snus.

General snus is launched in 1866
In 1866 J.A. Boman & Co finally launched the perfect snus under the name General snus. The snus becomes incredibly popular during 19th century and of all their snus products, this becomes their best selling product. In the long term it would also become the most popular brand in Sweden. J.A. Boman & Co produced many different types of snus under several brands, but General snus is the only one still around to this day.

The taste of general snus
Inorder to create the perfect snus Johan Adolf Broman travelled around the world to find the right ingredients. He experimented with different varieties of tobacco leaves, and as a result he ended with 22 different varieties of tobacco leaves. He then added a drop of bergamot oil, which is what gives General snus its distinct taste. Bergamott is a citrus fruit that is mainly grown in Italy and the northern parts of Africa.

Not only that there are 22 different carefully selected varieties of tobacco leaves being used in General snus, Boman also also made sure that only the finest parts of the tobacco plant were used when making General snus. This is why most of the stems are removed for example. The tobacco also has to be dried in direct sunlight inorder to make the perfect snus.

The secret recipe
Still to this day these are important factors in the manufacturing of General snus and throughout the years they have stayed true to the original recipe, just like in 1866 when it was launched. There is great secrecy surrounding this famous recipe and only a few people have the original recipe for General snus from 1866. When developing new products and flavours it is done so with great consideration for its heritage and the original recipe.

From J.A. Boman & Co to Swedish Match
It was in 1901 that Bomans son Gustaf took over the company. He expanded the company and the factory grew to become the third biggest factory in Gothenburg, by comparison there were 65 factories in total in Sweden at the time. In 1915 the government owned company with a monopoly on tobacco (AB Svenska Tobaksmonopolet) is founded and the same year J.A. Boman & Co is transfered to the company. In 1961 the Swedish government lifted the monopoly and the company is transformed into an independent company, which today is a part of the Swedish Match organization.