The year was 1826. Eric Mellgren, a merchant from Gothenburg, Sweden, opened his own tobacco factory. He had only one employee for many years, until his son, Johan August Mellgren, took over the company in 1850.

Under Johan August’s leadership, production grew at a rapid pace. By the end of the century, when the company reached its peak, he had about 100 employees. In 1902, the factory produced 150,000 kg of snus and 75,000 kg of tobacco for cigars and pipes.

When the Swedish Tobacco Monopoly took over in 1915, E. Mellgren & Son had been in operation for 87 years. In 1919, the monopoly registered and launched one of Mellgren’s recipes as a new brand of snus – Göteborgs Prima Fint No. 930. The figures were later removed from the name, but the recipe has remained largely unchanged since 1919.
Shop By
Shopping Options
Filter:
Brand
Format
Strength
Type 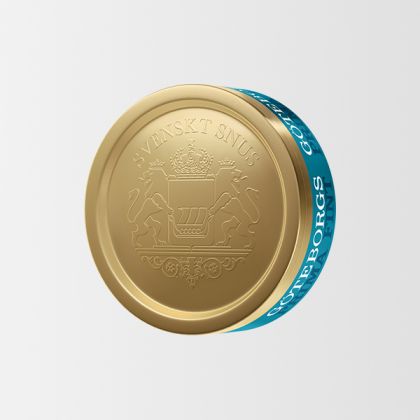