Lyft nicotine pouches are completely tobacco free and instead focuses on their characteristic tastes and a clear nicotine experience. In addition to popular mint flavors you will find refreshing flavors of for example wintergreen, caribbean spirit and licorice in the range. Lyft nicotine pouches is an innovation that has become extremely popular, which also comes in a really nice can. 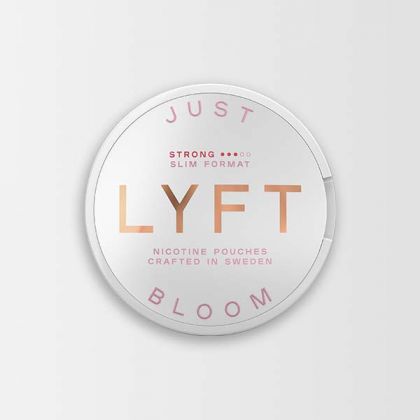 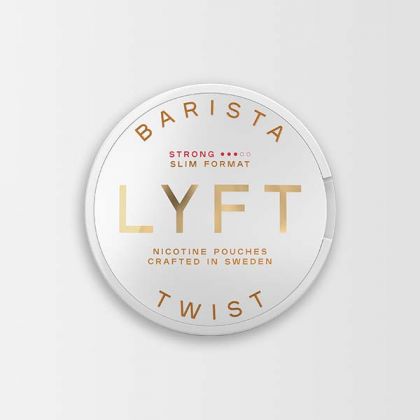 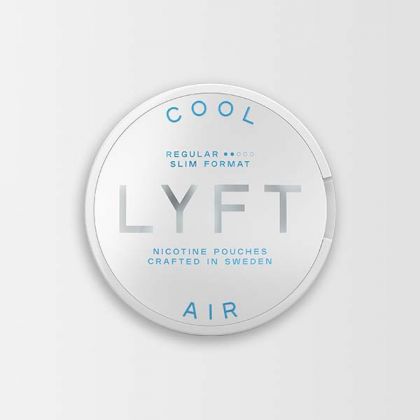 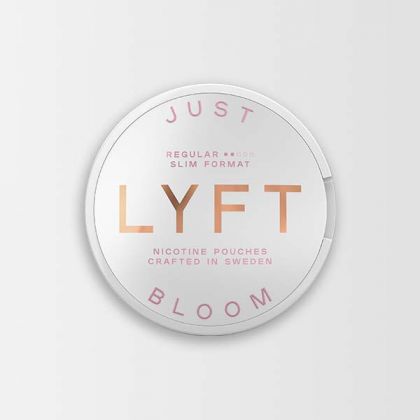 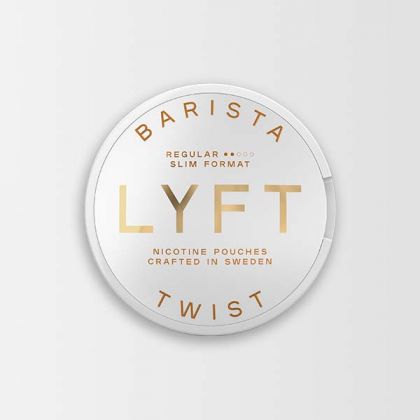 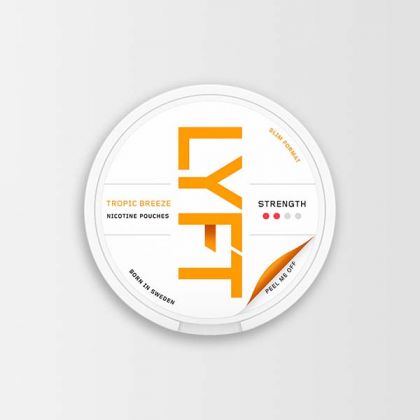 There are many reasons why the tobacco free nicotine pouches have become so popular.


Here at SnusMe you will find the complete assortment of Lyft nicotine pouches and all it's different flavors. In our range, there are all brands of Swedish snus that you can imagine, both unique snus varieties and major market-leading suppliers. We have, for instance a wide range from Jakobsson, Kaliber, Kapten, Oden's, Offroad, Nordic Spirit, Knox, Kronan, Kurbits, LD, General G.3, Nick and Johnny, Shiro, Siberia snus, Catch, Chainsaw and Röda Lacket.


Lyft nicotine pouches do not contain any tobacco and are instead made from herbal materials, nicotine, sweeteners, water and seasonings. The pouches themselves are, for example, made of a perfect blend of fibers from eucalyptus and prine. Lyft nicotine pouches contain extracted nicotine that comes from tobacco, but instead of adding tobacco to the portions, the nicotine is extracted from the tobacco leaves and then added to the other ingredients.

Lyft nicotine pouches are completely white and stay white even under the lip, which means that they do not discolors or stains your teeth. All portion are slim that fits perfectly under the lip and sits both comfortably and discreetly. They drip less than traditional snus and many users experience a cleaner and fresher feeling. This tobacco-free product gives you a healthy snus experience where you immediately get an intense feeling of the nicotine and the exciting the flavors.


Lyft nicotine pouches are available in a tasty range. The most popular flavors here at SnusMe is Lyft Ice Cool Mint Strong Slim and Lyft Freeze X-Strong Slim. Ice Cool Mint Strong Slim has a strong taste of mint that gives a fresh and cooling taste experience. Freeze X-Strong has an even more intense taste of mint and also contains a higher level of nicotine. The combination gives an icy feeling and invigorating nicotine kick.

For you who want's to experience new flavors and surprising combinations, Lyft nicotine pouches is the perfect choice. Lyft Caribbean Spirit has the taste of a Piña Colada with a nutty element while Lyft Tropic Brezee takes you on a trip to Asia and mixes mandarin, passion fruit and mango.


A level of nicotine for both new and experienced users

Lyft nicotine pouches with two points have a nicotine level of 8 mg/g, such as Blonde Roast and Ruby Red. This is by far the most common level of nicotine for traditional snus. Three or four points suits you who wants a stronger taste and higher level of nicotine. Three points corresponds to a strength with a nicotine level of 14 mg/g, and four points as much as 15.6 mg/g. The strongest you can find in Lyft's range are Lyft Freeze X-Strong and Lyft Winter Chill X-Strong.


The predecessor to Lyft nicotine pouches was called Epok snus and contained white tobacco, or white snus as it is also called. It was the Swedish company Winnington AB that launched “the white snus” in 2015 under the name Epok. This was the biggest innovation in the snus market since the launch of white portion snus in the late 1990s. White tobacco is produced by a water-based process where the tobacco is purified and gets its white color. The product was later remade and the tobacco was removed so that the pouches became completely tobacco-free, and they got name Lyft nicotine pouches.


In 2017, Winnington AB was acquired by British American Tobacco (BAT), which is the world's second largest tobacco company after Philip Morris. The acquisition gave BAT the brands Real White, Kick-up and Epok in their product portfolio. It was in 2018 that Epok was redone and became Lyft nicotine pouches. Today, BAT distributes the Lyft brand through the traditional the company Fiedler & Lundgren in Malmö, which is owned by BAT.

When the tobacco monopoly was introduced in Sweden in 1915, the company moved to Copenhagen, and later becomes a part of the Skandinavisk Tobakskompagni. In 2002, Skandinavisk Tobakskompagni A/S and Orlik Tobacco Company A/S choose to found Fiedler & Lundgren AB and it establishes itself in Malmö. In 2008, Fiedler & Lundgren AB was acquired by British American Tobacco.


Lyft nicotine pouches for you who wants to stop smoking


Lyft nicotine pouches is a product that has been proven contain less harmful substances compared to cigarettes. Nicotine pouches as these satisfies your cravings for nicotine without putting you through the health risks that both cigarettes and smokeless tobacco do. This is why many users has chosen to use Lyft nicotine pouches when they have stopped smoking, and has succeded because of this.