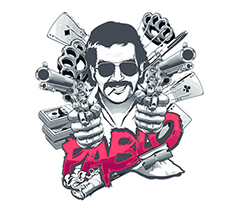 Pablo nicotine pouches are completely free from tobacco and are manufactured by the company NGP Emprie. They also go under the name Pablo nicopods, and it is the extremely high nicotine level of 30mg/g that has made them famous all over the world. Here we will tell you more about the three different products that are available to choose from in the range of Pablo.
Shop By
Filter:
Type 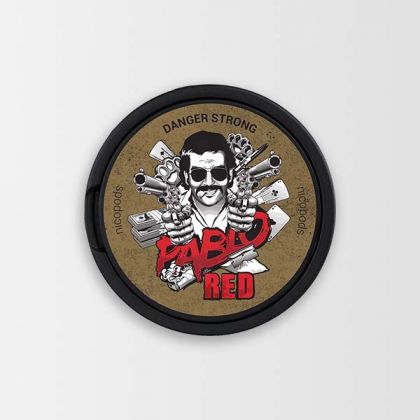 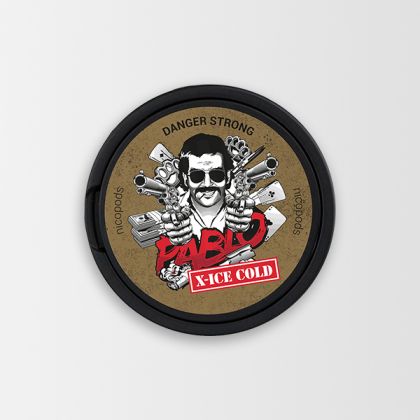 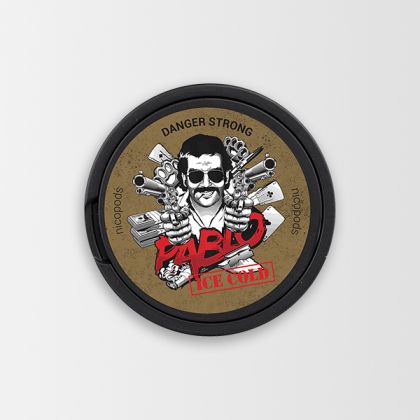 Pablo nicotine pouches is a completely tobacco-free snus that has become famous due to its strength. In the range with Pablo nicopods there are three products and all three have the high nicotine level of as much as 30 mg/g. This means that Pablo nicotine pouches are perhaps the strongest nicopods in the world. There are extremely few brands that can measure up to that strength as most of the really strong products have a nicotine level of 16-20 mg/g.

Pablo nicotine pouches contain nicotine extracted from tobacco, but have no tobacco added to the product. The brown color that traditional snus has comes from the tobacco leaves, and since Pablo nicotine pouches do not contain any tobacco, the pouches are completely white. Many users find these white portions fresher the ones that are brown, and they do not discolor your teeth.

The actual portion bag that encloses the content is made of cellulose. It is a material of high quality developed to give the user the best possible snus experience. The cellulose makes the bags quick-acting, so that the taste and nicotine begins excrete immediately once you put the pouch under your lip. The flavors are then secreted in one steady flow, giving you a comfortable and long-lasting experience with Pablo nicotine pouches.

The pouches are also produced with a well thought out fit that sits comfortably and discreetly under the lip, and helps to create an optimal experience. The three different varieties with Pablo nicotine pouches all portion bags have the slim format.

Pablo nicotine pouches are marked with Danger Strong which refers to the strong nicotine. These products are a bit like dynamite, it can give a strong nicotine kick and one intense taste experience of both nicotine and mint. The Danger Strong label hints that this is a product that is only recommended for experienced users. It's nothing for beginners or those who are sensitive to nicotine.

The two classic products from Pablo Nicotine Pouches are Pablo Ice Cold and Pablo X-Ice Cold, they both have distinct flavors of cold mint. In addition, Pablo X-Ice Cold has shades of tobacco taste mixed with the taste of mint, for those who appreciate the feeling of classic snus. If you're one of those tough guys who wants to test if you can handle that really strong nicopods, Pablo nicotine pouches are for you. First, try testing products with slightly lower nicotine content, such as Killapods with its nicotine level of 16 mg/g. And remember, Pablo nicotine pouches are not for inexperienced users.

The strength is perceived differently

There are several different factors that affect how snus and nicopods are experienced in strength. Of course, the level of nicotine is the factor that controls the most, but also the shape and size of the portion bags affects since a larger portion can secrete more flavor and nicotine at the same time. The PH value and moisture also comes in to matter. A moist snus is experienced as stronger than a drier one, and because Nicotine pouches are dry, they feel milder compared to a moist snus with the same strength. Your saliva naturally affects moisture, which means that your own properties and how you use snus can control the strength.

The actual taste of the product also has an impact on how the strength is experienced. Different mint flavors enhances, for example, the strength, if the product contains a large amount of flavor aroma and a intense taste of icy mint, it makes the nicotine pouuch perceived much stronger than it really is. The only way to find out how you experience the different flavors from Pablo nicotine pouches are to test them. Then you feel how the product reacts, what flavors secreted and which will be your personal favorite.

The inspiration for Pablo nicotine pouches

Pablo Escobar was born 1949 in Colombia and grew up in the province of Medellin. He began his criminal journy as a car thief where he stole and picked apart cars and sold the parts. By smuggling and selling illegal substances, he then built a criminal empire and became one of the richest men in the world. In his pursuit of money and power, he did not hesitate to do what ever was necessary to gain power.

The cans of Pablo nicotine pouches are adorned with a cartoon face that looks like Pablo Escobar. The illustration that surrounds the name Pablo contains both weapons and money and other details that may be part of life as a criminal lord. The word "danger strong" that also is shown on the can summarizes Pablo nicotine pouches.

Pablo nicotine pouches instead of smoking