Röda Lacket has undergone few changes over the years. In 2006 Swedish Match strengthened the tastes and the can got a new design. However, basically the same tobacco-like and easily baked snus has been found which has been part of their taste tradition for over 100 years.

The history of Röda Lacket began in the 18th century with Petter Swartz. Growing up in Bergslagen, he later moved to Norrköping, where he started his own snus factory in 1753. When production was at its peak, the family's tobacco farms covered an area corresponding to over 50 football fields in the fields around Norrköping. They also made a name by leaving the conventionally used paper pouches to sell snus in their specially designed metal cans.
Shop By
Shopping Options
Filter:
Brand
Format
Strength
Type 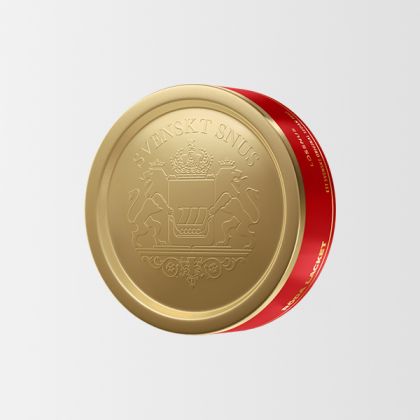