Siberia snus is one of the strongest snus on the market 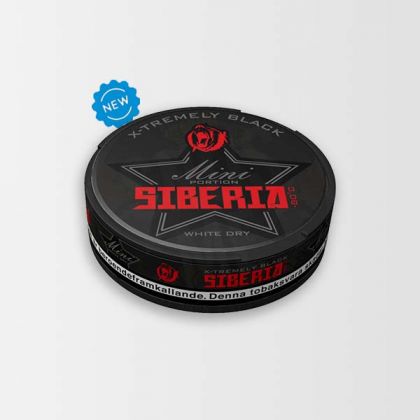 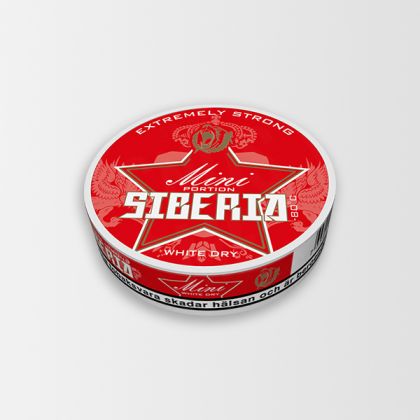 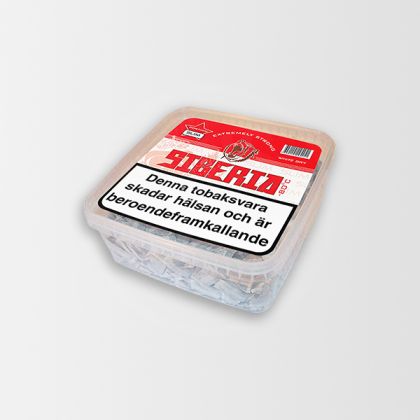 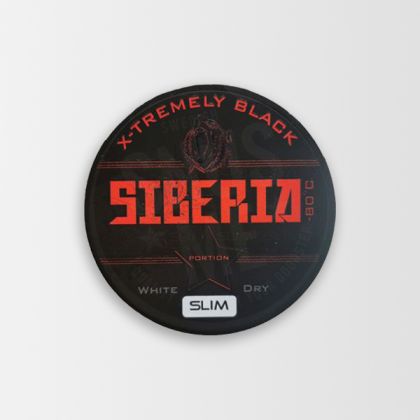 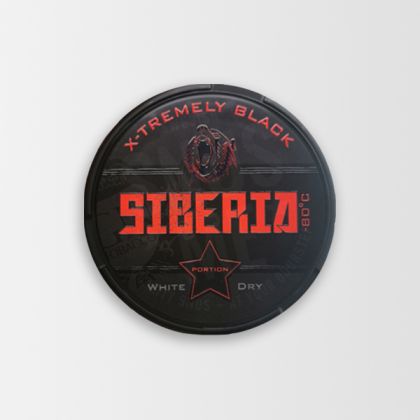 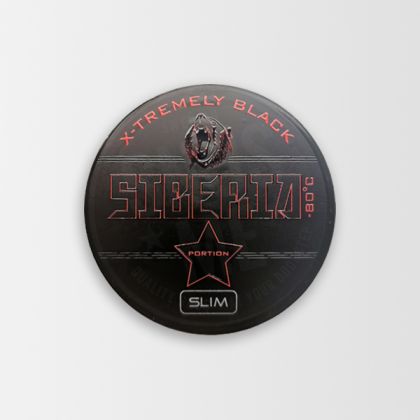 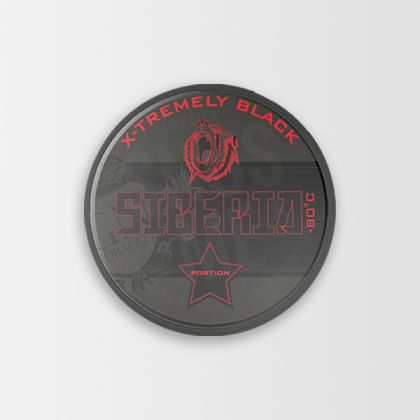 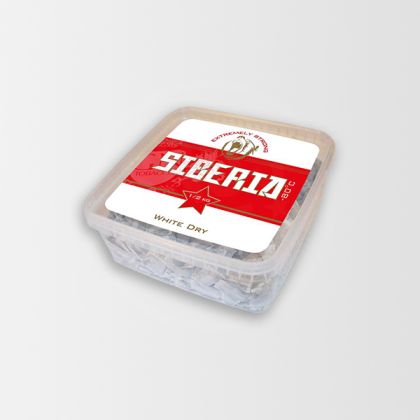 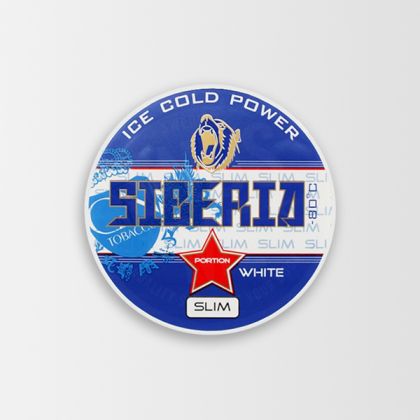 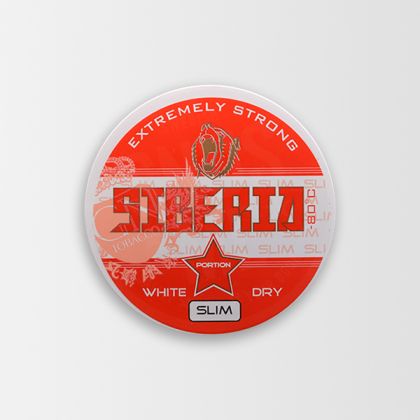 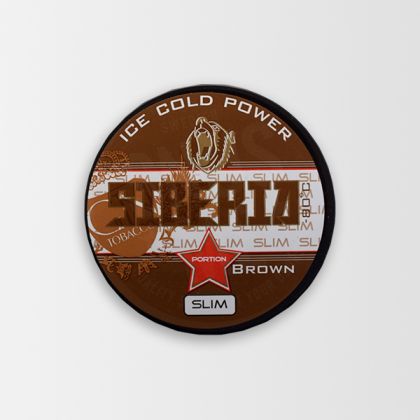 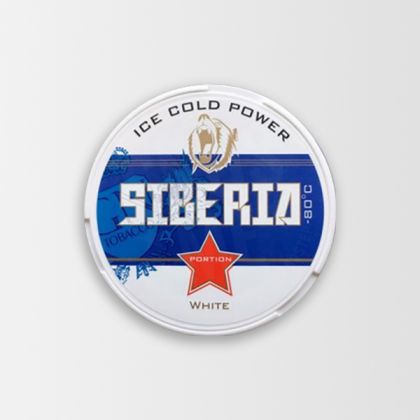 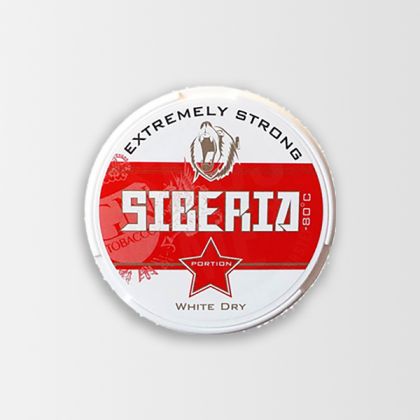 A Swedish snus from GN Tobacco


The classic snus from Siberia snus is spearmint flavoured and have a distinct tobacco character. The very high level of nicotine combined with a fresh spearmint flavour makes Siberia snus a perfect choice when you are looking for something energetic and refreshing. Siberia calls it “-80 Degrees“.

One of the different variants from Siberia snus is Siberia -80 White Dry. Siberia snus is a portion snus that comes in both regular size portions and slim portion. These white pouches gives the snus a minimal drip and extends the flavour experience. The slim pouches are developed to have a perfect and discrete fit under your lip.


A wider choice for the consumers


GN Tobacco has a way of working that is different from other companies in the industry, and their goals is to create a greater freedom for the consumers. The market and the supply of snus is characterized by traditions, and GN Tobacco's business concept is to open up to one instead open, free and independent market where consumers have greater freedom and variety in their choice of their tobacco products.

Unlike other companies in the industry, GN Tobacco is a privately owned production company which allows them to be more flexible and mobile in the market. The company has a strong focus to meet the consumer demand, and they are motivated by constantly having an attractive and appreciated range with high quality and good prices.


Siberia -80 Brown Portion and Siberia -80 Brown Portion Slim also gives you the feeling of “ice cold power”. Instead of the white portions, these two varieties are instead packaged in portion bags in original design (original portion), for a direct and even more intense snus experience. Also here, you get the Siberia snus characteristic properties with it immensely high nicotine content and the refreshing taste of mint.


GN Tobacco has its state-of-the-art factory in Enköping, a small town in central Sweden. Here, snus is manufactured in all different formats such as white, wet, dry, long, slim, mini, maxi and even different nicotine levels. In addition to Siberia snus, GN Tobacco operates the Odens brands, Olde Ving, Lenny and Islay Whiskey Snus to offer consumers a wide range snus in different strength and taste.


The latest addition to the range from Siberia snus is the Siberia -80 Xtremely Black Portion. This is another extremely strong snus with a high level of nicotine of 43mg/g. What separates Xtremely Black from other varieties of Siberia snus is that their characteristic mint flavor has been removed, and instead this snus has a classic taste of tobacco.


The inspiration for Siberia snus


Siberia is an area of 13 million km2 east of the Ural Mountains that has a population density of 3 inhabitants per km2. Siberia is the coldest area in the world inhabited by people. During the winter, cold winds flow across the Asian continent and do that the temperature in Siberia drops to 40-50 degrees below zero. It is here in Siberia that one has measured the lowest temperature in the northern hemisphere, in the small village of Ojmjakon when the temperatures were down in –71.2 ° C.

Siberia is one of the toughest and most extreme places on earth, and it is this place that has inspired and named Siberia snus. Siberia snus really lives up to its name and delivers an extreme snus experience. With one of the world's highest nicotine levels and one taste of icy mint, Siberian snus is just like the Siberian winter, for you who are looking for the extreme and wants an adventure!